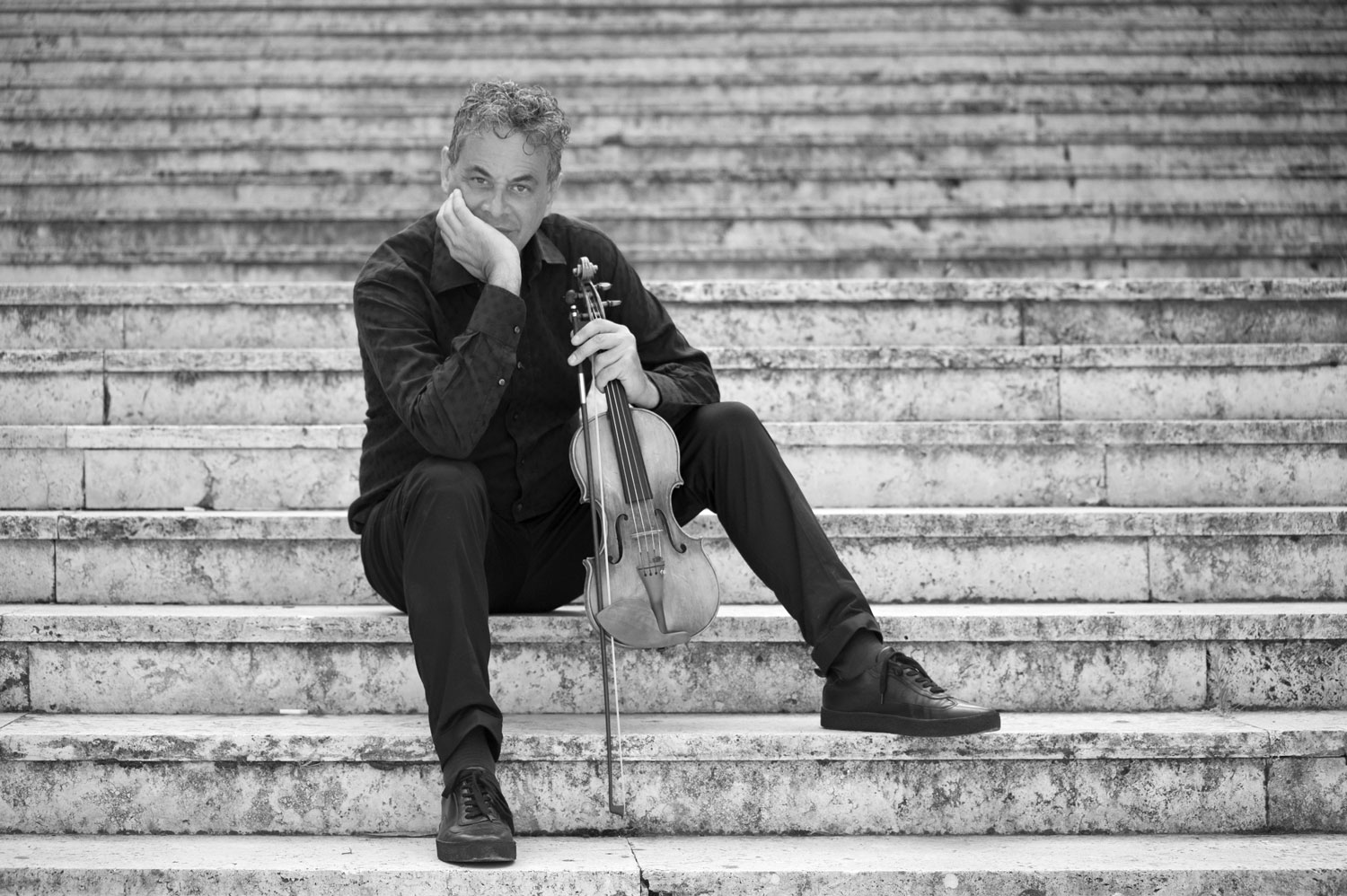 Marco Serino completed his musical studies at the S. Cecilia Conservatory in Rome, obtaining diplomas in violin and chamber music with full marks and honors.

Afterwards he studied at the Hochschule für Musik in Vienna with Gunter Pichler; the ProQuartet in Paris with the Amadeus, Melos, Berg, and La Salle Quartets; the Royal College of London and the Geneva Conservatory with Corrado Romano, where he was awarded the ‘Premier Prix de virtuosité’.

In 1990, he founded the Bernini Quartet and has been a member of the famous ensemble, ‘I Musici’; as a soloist and chamber musician he collaborates with some of the most famous performers, including, just to name a few, Giuliano Carmignola, Christoph Coin, Wladimir Mendelssohn, Mario Brunello, Giovanni Sollima, Francesco Cera, Bruno Canino, Gérard Caussé, Hector Passarella, and Alessandro Carbonare.

As a soloist or second violin he has collaborated with important orchestras, including the National Academy of S. Cecilia; the Kammerorchester, Zürich; Haydn, Bolzano; La Stravaganza, Bucharest; the Abruzzese Symphony Orchestra; the Bellini Theater, Catania; Rome Sinfonietta; the ICO Orchestra, Lecce; the Regional Orchestra of Rome and Lazio; and others.

He has recorded for some prestigious record companies, including Decca, Amadeus, Foné, Tactus reviewed and awarded by the most important specialized magazines, such as Strad, Repertoire, Classica, and Amadeus.

In 1999, Ennio Morricone – of whom, since 2000 he has been the solo violin of all soundtracks – awarded him the prestigious “Michelangelo Prize”, previously awarded to Goffredo Petrassi, Bruno Cagli, Morricone himself, Renzo Piano, Alberto Sordi, and others, for having particularly distinguished himself in the dissemination of human and cultural values.

He is a tenured violin teacher at the Trento Conservatory and has held masterclasses in the United States at many universities in North America; at the Accademia für alte Musik in Brunico; at many Italian conservatories; at the Arts Academy; and at the Accademia Filarmonica Romana.

He also deals with musicological research, and recently his reconstructions of unpublished concertos for violin by J.S. Bach have been recorded for Deutsche Grammophon by Concerto Köln and Giuliano Carmignola.

He plays a violin by Niccolò Amati, Cremona, 1661